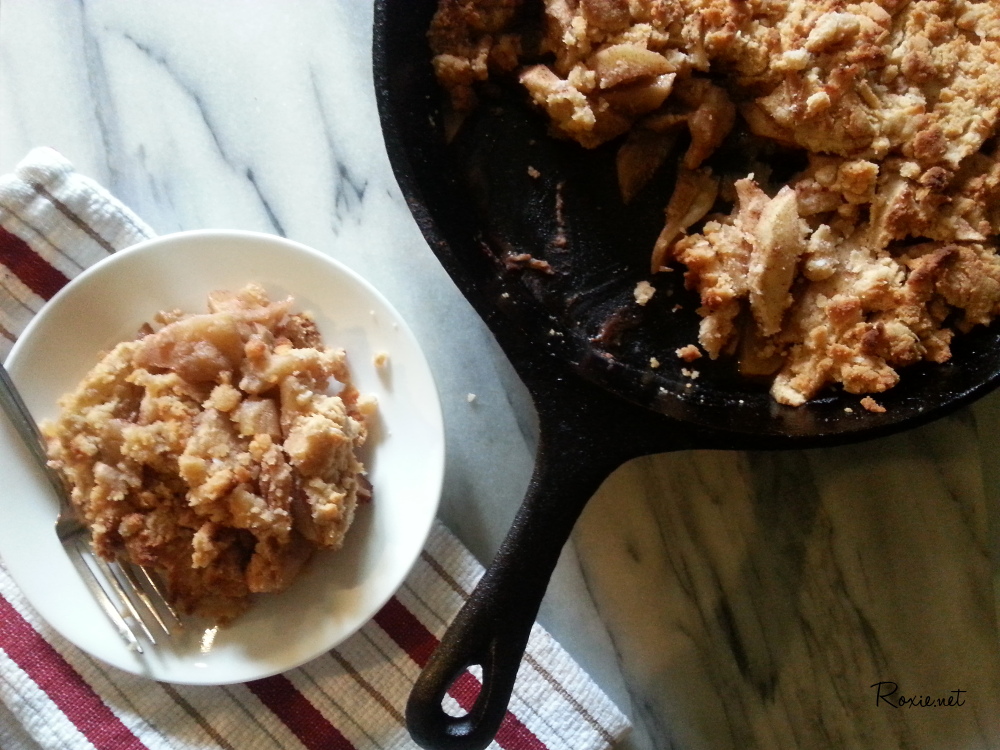 I’ve been experimenting with this Coconut Flour Apple Crisp for a while now. I think I’ve gone through five iterations, maybe more. Coconut flour can be so tricky to bake with, especially for a non-baker like me. I’ve been craving apple desserts for a while now and I finally got the results I wanted. I searched through Pinterest to try to find a dessert that would satisfy me, but so many of the paleo recipes out there use almond flour – or xanthum gum, or a large number of eggs – and I just can’t tolerate those things. I wanted a dessert that I could eat and not feel guilty about. Sometimes you just want to EAT and not care how much you’re eating.

Constantly watching what you eat gets hard sometimes and yet, the consequences of eating foods that don’t work with your body chemistry are pretty awful. I won’t share details. If you’re reading this blog you’ve probably got a pretty decent idea of how bad IBS, UC and other GI disorders wreck your life. It doesn’t help that most folks don’t seem to understand it’s not a matter of calories, or just watching your waistline. Eating food that you’re sensitive to results in unpleasant side effects. While I still haven’t found a mindless eating, guilt free dessert yet, my Coconut Flour Apple Crisp is a step closer.

You can make a few substitutions here, and swap out the butter for coconut oil if you’re dairy free or vegan. For vegans, just substitute the honey with maple syrup. If you don’t need that slightly crunchy texture (I do) and don’t like shredded coconut (like my husband) leave it out.

Peel and core apples. Slice the apples, sprinkle the cinnamon and cook in butter or coconut oil for a few minutes in a well seasoned cast iron skillet. While the apples cook, measure out your butter and coconut oil. Melt in the microwave and mix. Add the honey to the butter and mix well. Add the flour and mix. Add the cinnamon and shredded coconut. Spread your flour mixture over your lightly cooked apples and cook for 15-20 minutes. Check the crisp frequently – the Trader Joe coconut flour browned quicker than the Bob’s Red Mill that I used in earlier test recipes. 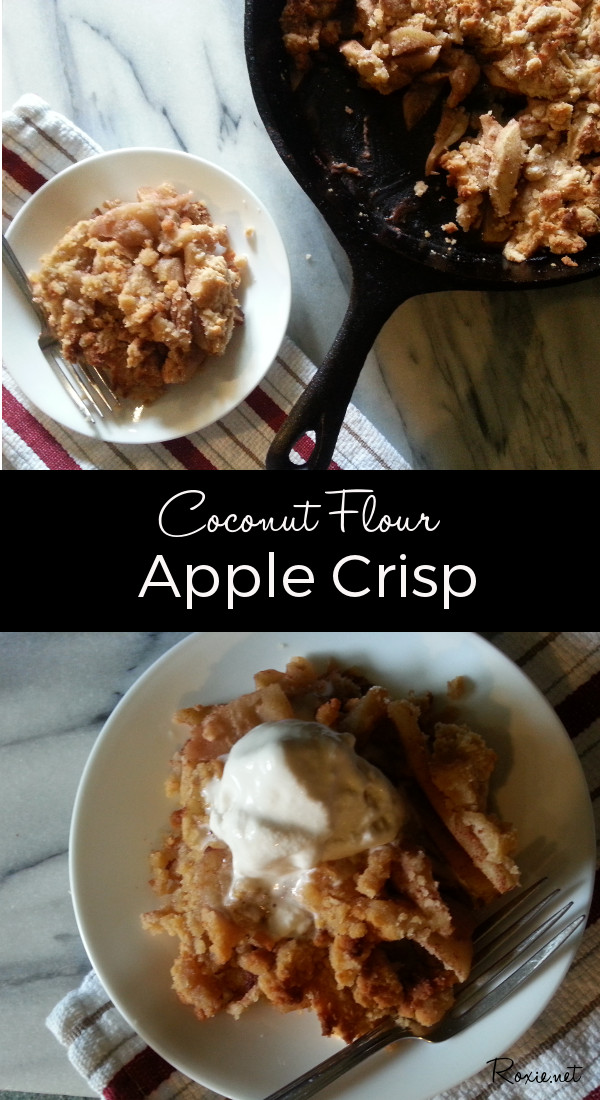 Roxie.net is a participant in the Amazon Services LLC Associates Program, an affiliate advertising program designed to provide a means for sites to earn advertising fees by advertising and linking to amazon.com.